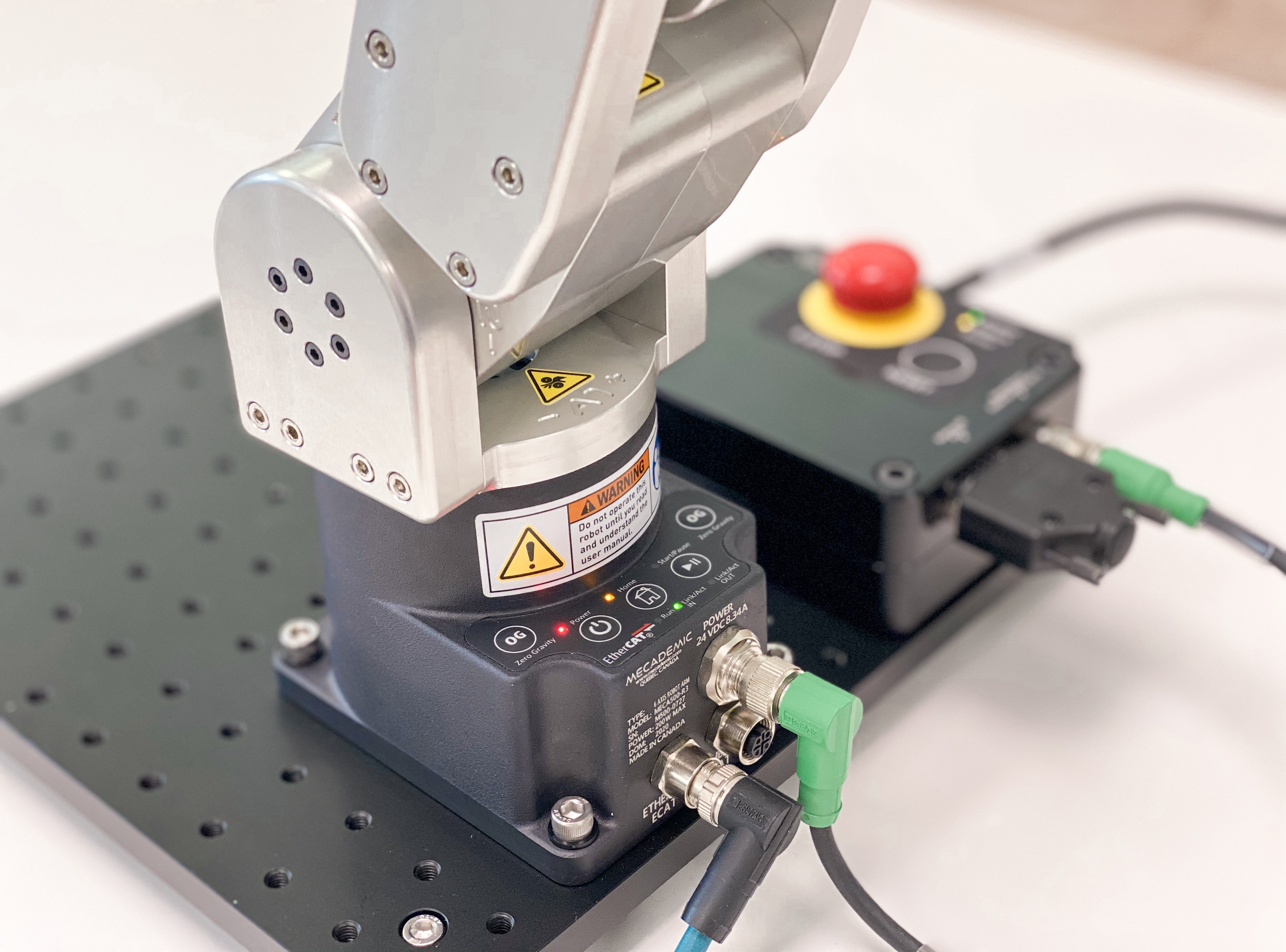 The Meca500 uses TCP/IP socket communication over Port 10,000 to receive commands as ASCII strings, and to send its responses as ASCII strings as well. Each command must be appended with an ASCII NULL terminator. Commands sent without ASCII NULL will not be processed by the robot with the robot returning an error.

The advantages of the TCP protocol are:

By contrast, User Datagram Protocol (UDP) sockets are not reliable, and data read by the receiver can be out-of-order from the one written by the sender. Such networks are a best-effort delivery system. There is no guarantee that your data will reach its destination or that you will receive what has been sent to you.

Network devices (for example, routers and switches), have finite bandwidth available and their own inherent system limitations. They have CPUs, memory, buses, and interface packet buffers, just like clients and servers. Using TCP relieves you from having to worry about packet loss, data arriving out-of-order, and many other things that invariably happen when you are communicating across a network.

Communication with the robot over TCP/IP sockets follows the client/server relationship model. Here the robot acts as a TCP/IP server that accepts only one connection at a given time from one client. The client could be anything, a Python script, a C++ or C# Application, JavaScript running on a web browser, a PLC or an embedded system. Irrespective of the type of client, the fundamental concept of a TCP/IP communication between a server and a client is the same. 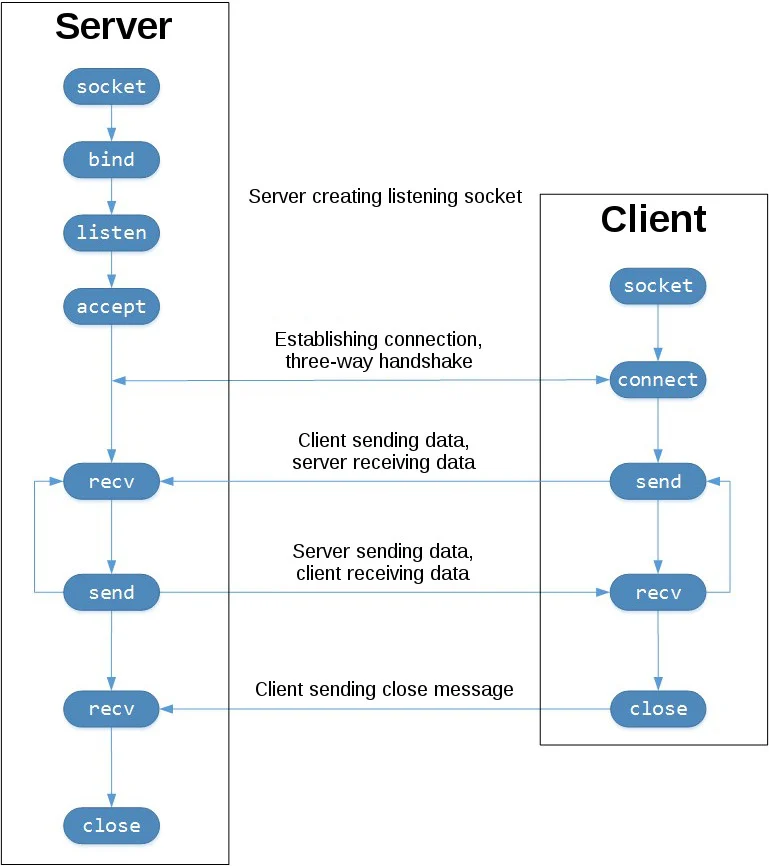 The client calls connect() to establish a connection to the server and initiate the three-way handshake. The handshake step is important since it ensures that each side of the connection is reachable in the network, in other words that the client can reach the server and vice-versa. It may be that only one host, client or server, can reach the other.

Once a connection has been established, data is exchanged between the client and the server using calls to send() and recv(). In the case of the robot, the client will call on send() to send the robot commands as ASCII strings and will call on recv() to receive the responses from the robot. After all the data exchanges are completed, the client calls close() to close the socket.

The first step is to create a TCP/IP socket object, which is needed to connect to the robot. The socket object "robot" is created as IPv4, TCP/IP type which is defined with socket.AF_INET and socket.SOCK_STREAM arguments respectively.

Once the connection has been established and verified, we can send a robot command and read its response.

After all the commands have been executed you can close the connection using the close() method.

You can refer to Python Example - Simple TCP/IP Socket Client for the full code.